Stale jokes, Yorick considers how stale his medieval jokes are here in a rural province during the 21st Century.  As a fictional resurrected jester, experienced only with the courts of pompous oligarchies, adept only in archaic language.  Reflecting on the limits to original humor production, he fiddles with an oversized scepter and a mass produced nimbus (a halo used to designate saints in paintings from his era).

It seems that stagnated pharisaical types among the emotives here in the tent have started throwing these around, bored by mundane religious prosperity.  What first served as a means of honoring the honorable, seems more a war of aliens.  Bumblers in bleacher seats attempting to add or subtract squalid sequins that are best left to Heaven’s Compliment. 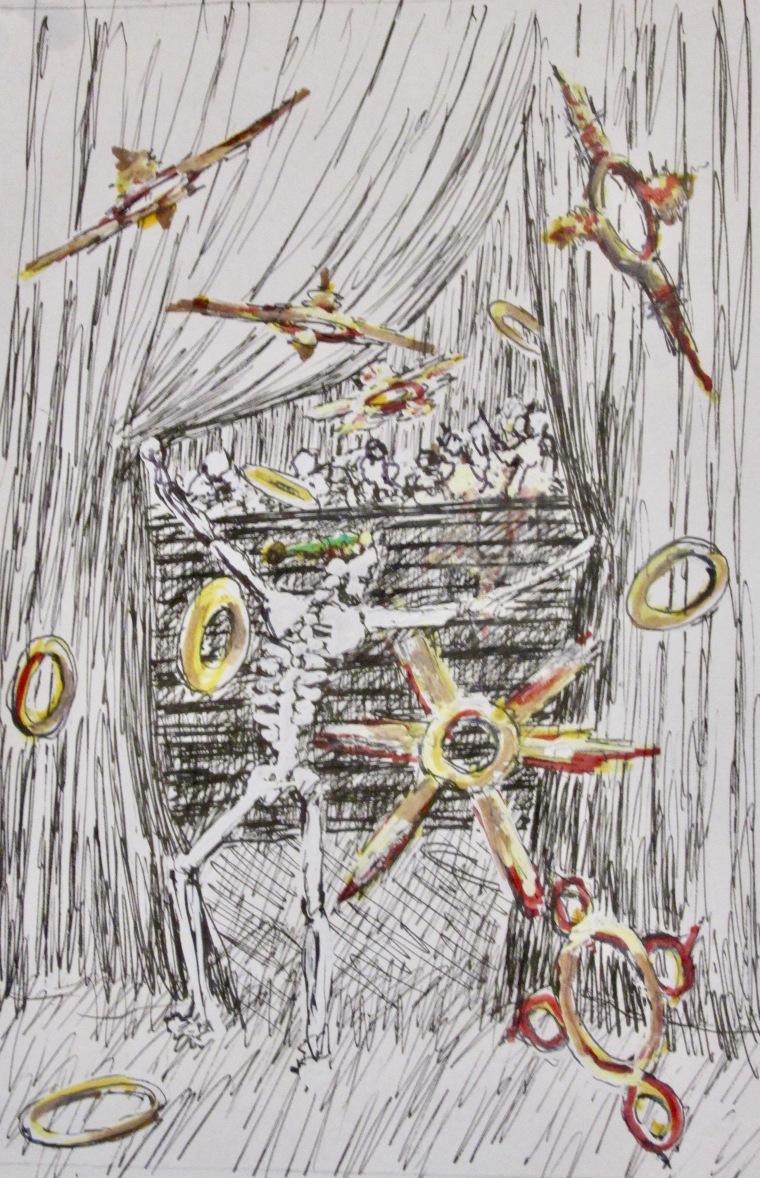 Yorick had hoped to be benimbed (granted a halo) for attempting to lightened the spirits of dark-age despots, thereby making life better for their subjects; perhaps he failed.  And now the outdated humor is maybe … stale.